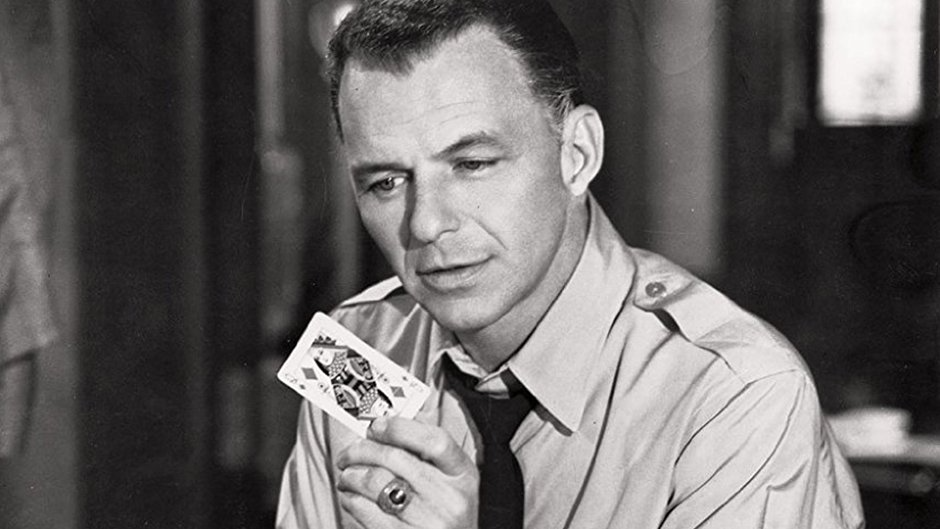 Hopefully you enjoyed Classic Hollywood 201. It's such a fun era of cinema.

This week, we got back to the option where you can choose from the full list. Why? Well, there's a lot of fun films on the list and especially early on, I want people to search out films they'll definitely like. That'll help foster a love of film and make some of the hardest sections easier to do. There's almost 300 films on the complete list, so there's no shortage of options.

So many choices can be paralyzing, so I picked out a few options you might want to consider. But you do you.

They updated the blog software and suddenly gifs don't work, which is a tragedy. Hopefully we can get that back. 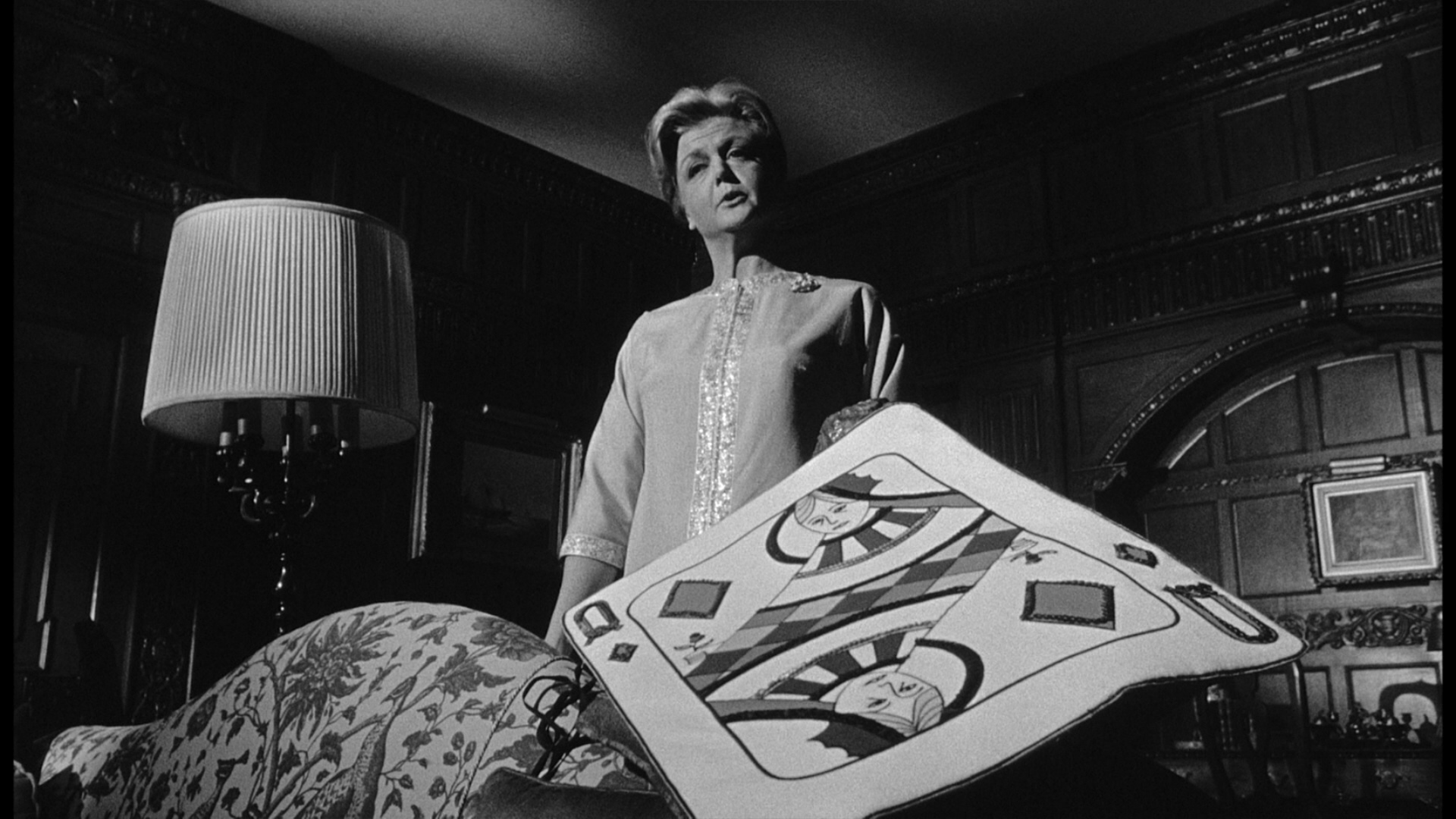 The editing is way ahead of its time. Angela Lansbury is fantastic and she doesn't even have to solve a murder.

This was remade with Denzel Washington, but the remake isn't nearly as good. 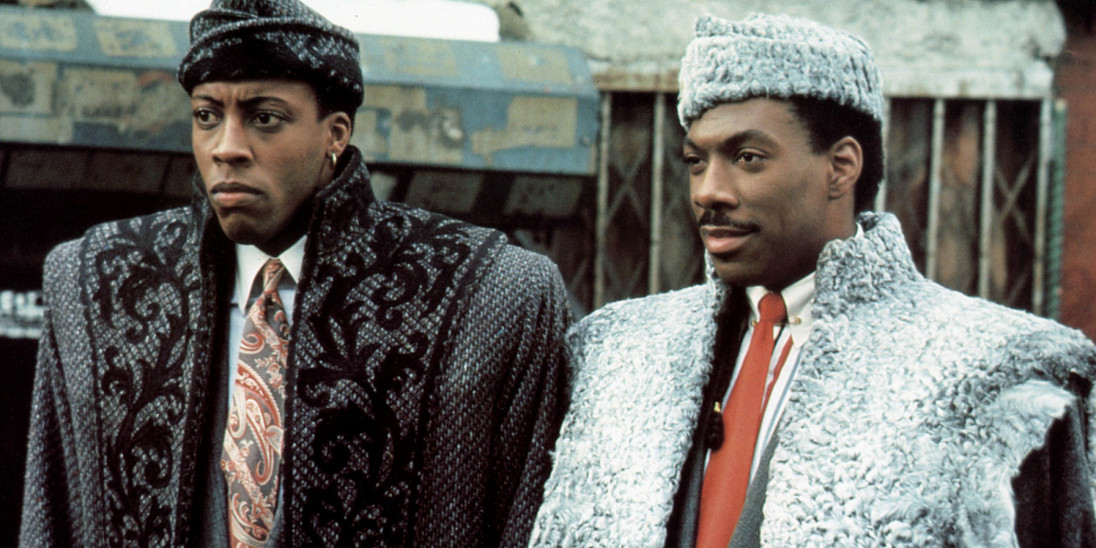 We'll come back to him when we get to the 80's, but this works as an introduction. Murphy and Arsenio Hall (ask your parents) star as Prince Akeem and his loyal aide. The Prince is unhappy with the Queen selected for him, so he goes to New York City to find a suitable bride in...Queens.

He works undercover at a rip-off McDonald's, posing as a common peasant.

But really just tell your parents you want to watch Coming to America and it'll make their day. Plus, there's a sequel on the way in December (maybe).

So I Married An Axe Murderer

Before Austin Powers, Mike Myers made this comedy about a man who marries a woman and, through his mother's obsession with the Weekly World News ("the eighth highest circulation in the whole wide world!") he becomes convinced that he's married a serial killer.

The movie is very much a time capsule of the early 90's and it's very, very Scottish, but it's an adorable comedy with really strong supporting performances from Anthony LaPaglia, Amanda Plummer, and Alan Arkin.

Plus, some poetry that would make Langston Hughes jealous.

If you remember back in Silent Film Week when I said that all science fiction movies take their cue from Metropolis? Well this is Exhibit A.

Dark City is a film about a city where it is always night. People's memories are altered so they remember daylight, but they never actually experience it.

Rufus Sewell plays a man with amnesia who is accused of murder and also has some sort of powers and then there's these aliens and, well, there's a lot going on. There's very strong The Matrix vibes, only before The Matrix, much like how their biggest special effect was in a Gap commercial a year before the movie came out.

This is a very influential sci-fi film, but if I have one recommendation for you, it's to watch this during the day. I watched it at night and I started to wonder if my knowledge of daytime was only an implanted memory and I didn't sleep great that night. 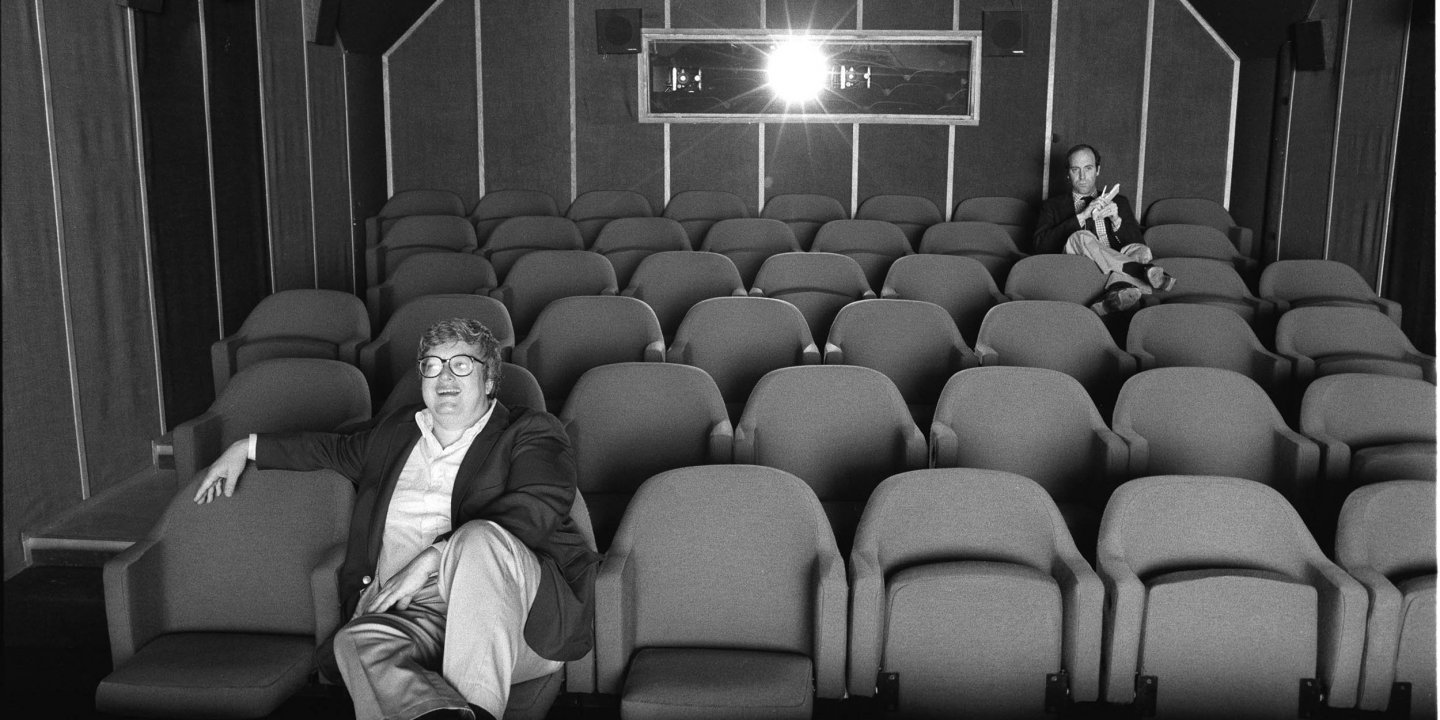 Roger Ebert comes up a lot around these parts, and for good reason. If Pauline Kael is the most powerful film critic of all-time, Roger Ebert was the most influential. In 1975, Ebert and rival critic Gene Siskel created a TV show to review movies. They were a perfect pair. Siskel was tall and skinny and Ebert was short and not. They argued constantly, but as much as it often seemed like they hated each other, there was a great amount of love.

It was kind of appointment television. Especially if you loved film. And it was one of the few sources of film news or criticism you would get in, say, Maine.

Ebert also was the person who convinced Oprah to go into television.

He was a fantastic critic, a true lover of film. He also wrote a Russ Meyer film and was wickedly funny. When he hated a movie, he really, really hated a movie. He even collected those reviews into a book. Here's his review of Police Academy:

It’s so bad, maybe you should pool your money and draw straws and send one of the guys off to rent it so that in the future, whenever you think you’re sitting through a bad comedy, he could shake his head, and chuckle tolerantly, and explain that you don’t know what bad is.

He was the first film critic to win a Pulitzer Prize, a fact he didn't often mention. However, when Rob Schneider attacked a fellow critic for his negative review of Deuce Bigalow: European Gigolo, mentioning that the critic hadn't exactly won a Pulitzer Prize, Ebert came to the rescue.

But Schneider is correct, and Patrick Goldstein has not yet won a Pulitzer Prize. Therefore, Goldstein is not qualified to complain that Columbia financed "Deuce Bigalow: European Gigolo" while passing on the opportunity to participate in "Million Dollar Baby," "Ray," "The Aviator," "Sideways" and "Finding Neverland." As chance would have it, I have won the Pulitzer Prize, and so I am qualified. Speaking in my official capacity as a Pulitzer Prize winner, Mr. Schneider, your movie sucks.

And there's this negative(?) review of Rapa Nui:

Concern for my reputation prevents me from recommending this movie. I wish I had more nerve. I wish I could simply write, "Look, of course it's one of the worst movies ever made. But it has hilarious dialogue, a weirdo action climax, a bizarre explanation for the faces of Easter Island, and dozens if not hundreds of wonderful bare breasts." I am however a responsible film critic and must conclude that "Rapa Nui" is a bad film. If you want to see it anyway, of course, that's strictly your concern. I think I may check it out again myself.

He was the best.

Ebert was diagnosed with cancer in 2002. He lost the ability to speak, but not the ability to write and became even more prolific. Near the end, he agreed to let Steve James (Hoop Dreams) make a documentary about him.

He was a towering figure in film. Just a giant.

His website is still active, run by his wife Chaz, and full of film criticism from the small army of people he inspired.

I cried watching this movie. 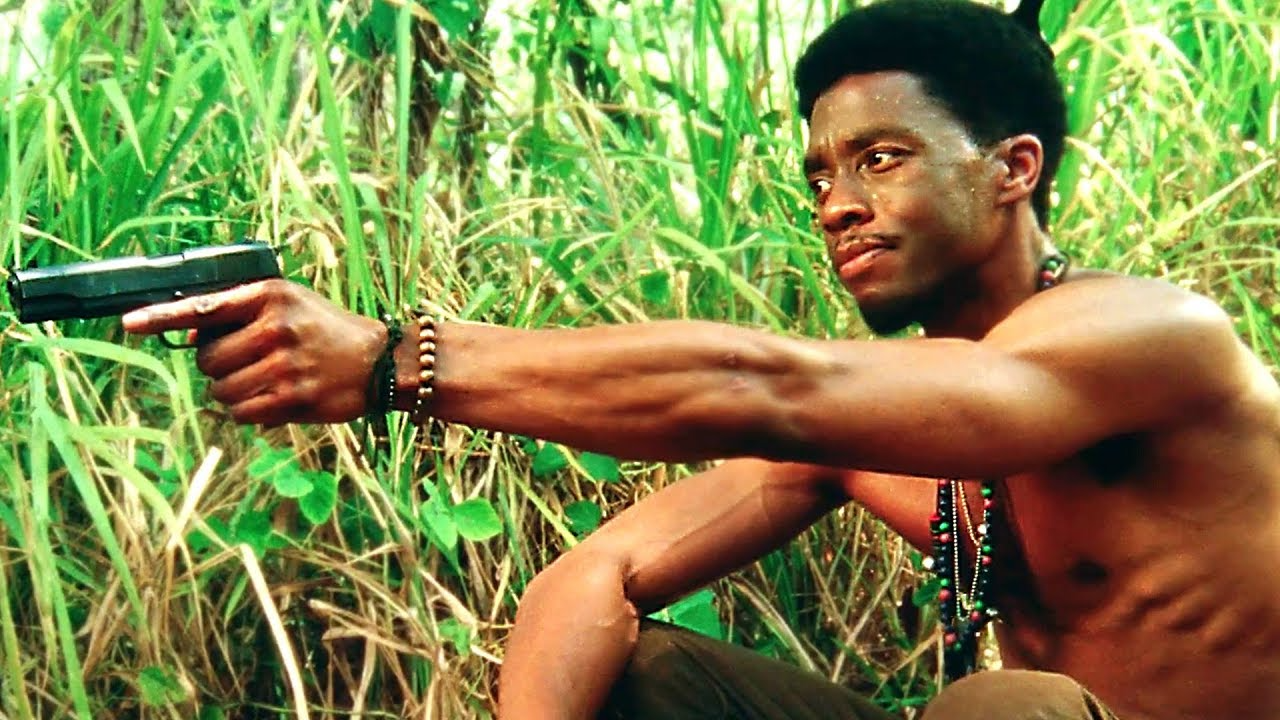 If you watched The Treasure of the Sierra Madre last week, this is a perfect opportunity to follow it up with Spike Lee's latest joint. Starring the late Chadwick Boseman in one of his final roles, Da 5 Bloods is the story of a group of Vietnam vets who hid some gold in the jungle during the war and have reconvened to recover it.

Delroy Lindo is very likely the Oscar frontrunner for Best Actor for his performance of a vet with PTSD who has somehow turned into a Trump supporter and Spike infuses the film with his trademark urgency.

Get your reading glasses ready, because we're going to start with the subtitles. 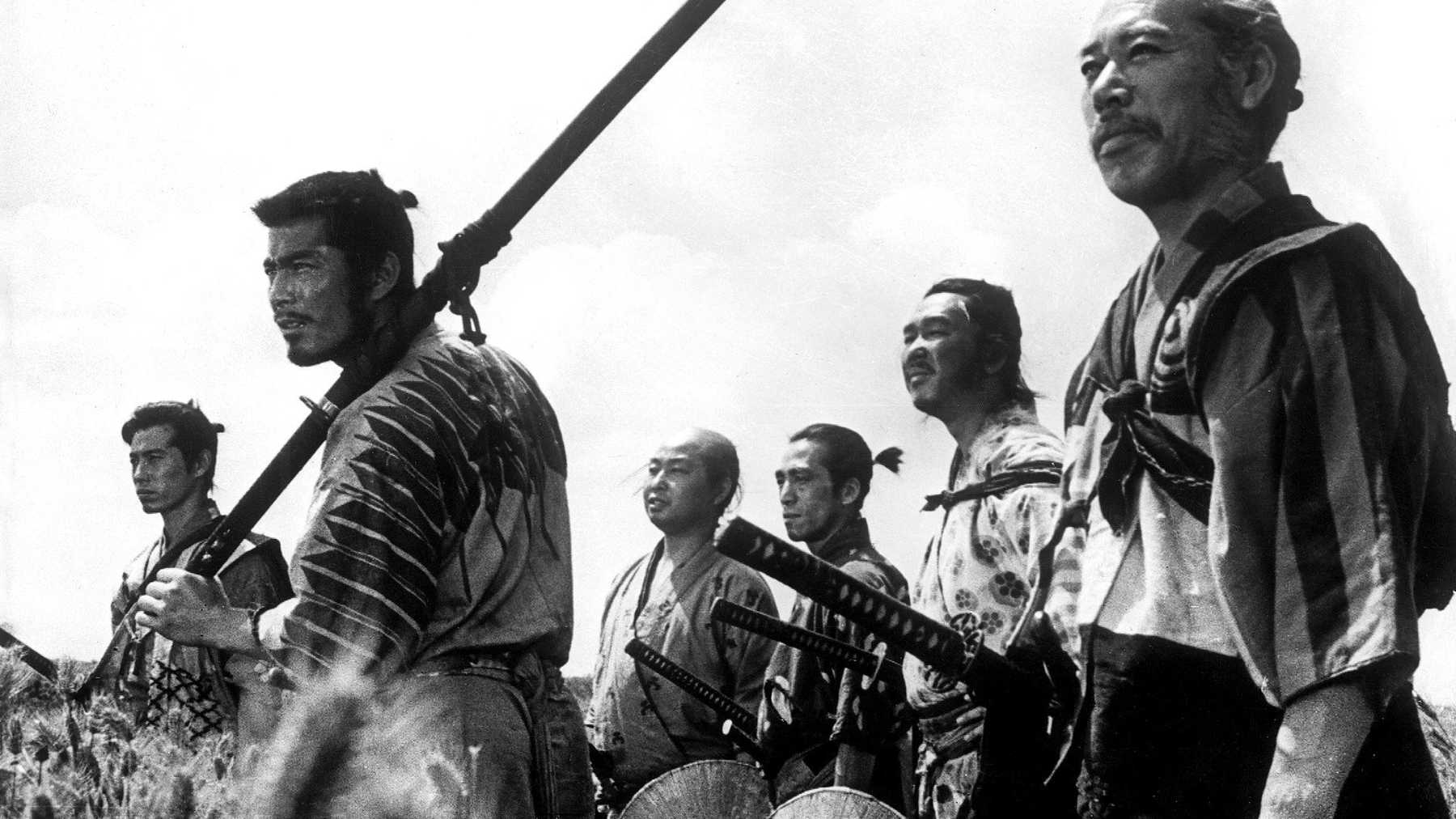